According to research conducted by Ernst and Young, graduates rank training and development over a large salary when selecting a future employer. An online poll, which registered nearly 600 respondents, showed that 41 percent of graduates view training and development as the most important consideration when weighing up a potential employer, compared with 44 percent when the same survey was last run in 2007. Salary and benefits remained the second most popular factor, increasing slightly from 18 percent in 2007 to 21 percent in 2011. “The poll raises interesting questions around the expectations of the post-recession class of 2011 versus those of 2007, who were graduating into an uncertain future,” according to Stephen Isherwood, head of graduate recruitment at Ernst and Young. The biggest change in students’ views was around work-life balance, which fell from the third most important factor in 2007 to the fifth in 2011: 16 percent and 11 percent respectively. “Generation Y’s are typically thought to value a healthy work-life balance more than any other generation but, based on the survey results, it’s clear that an increasingly competitive jobs market is tempering their expectations,” said Isherwood.

Click Here to signup for The Performance Report – FREE!

“Abstract News © Copyright 2008 INFORMATION, INC.” The link is to http://www.infoinc.com/copyright.html.

A possible side effect from academia failing to develop the actual skills needed in the workplace.


Tired of management doublespeak about “strategy” and “paradigms shifts?"

Our practical, results-oriented training programs increase productivity, effectiveness, & performance in the workplace. We have been resolving employee development, leadership, generational, professional presence, and personal effectiveness issues for over 30 years. Contact us to find out what we have done for other organizations and how we can help yours. 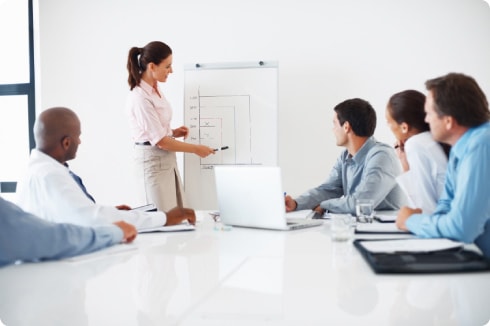